Referees are one of the pillar for ‘football development’ in any country, hence the football governing body of Delhi, ‘Football Delhi’ is conducting a ‘new entrant referee course’ in month of June, 2018

Also you can drop an email info@footballdelhil.com 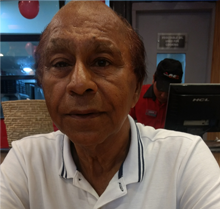 Retired as an officer from State Bank of India. Regularly represented as a member of the SBI Football team in Delhi Soccer League. Serving Delhi Football Association since 1990 in various capacities such as Joint Secretary, Honorary Secretary and Vice-president. Presently Treasurer of Delhi Soccer Association and member of the AIFF Finance Committee. Mr. NK Bhatia was part of many national and international sports events and competitions for more than last three decades.

Mr. Bhatia is a B.Com. Distinction Holder in Economics and Commerce from the University of Delhi. Was a regular member of college football team>