Football Delhi is the governing body of football in Delhi. We are committed to working with highest levels of professionalism and integrity, to ensure that everybody in Delhi who desires to engage with football is encouraged to and enabled to do so and give the sport one’s best. We partner with the clubs, facilities owners, coaches and all other elements across levels of the football eco-system to create an environment that’s healthy and conducive to maximising participation and achieving excellence in the sport. We ensure that in Delhi, football is for all. And that defines what we stand for.

We all play football

There is a Glorious History of Football in Delhi with Youngmen ( estb.1898) being the Oldest Delhi Football Club. Delhi played in the final of the inaugural Santosh Trophy in 1941 and won the Santosh Trophy in 1944. Delhi twice won BC Roy (Youth National Championship). Delhi started hosting the third oldest tournament of the world – Durand Cup since 1940s and the Delhi Football League is one of the oldest in India (Since 1930s) On 19th November 2017 Election was held to elect a New Management Committee. This comprises of a diverse group of individuals having experience from local football to global football. The newly elected President has got more than 25 years of working experience in football (from Grassroots Organization to World Governing Body, FIFA) Football Delhi has made a pledge to work together to transform Football in Delhi.

The first one you didnt have in stock and the second one has the . Pre Owned and Second Hand WatchesLaings of, was called a cast agent in 1969-three years afterwards advantageous himself with a gold Day-Date. rolex replica watches A Rolex has aback been on his wrist for the endure 49 years. Has 30 minutes, You can find all Cheap cheap cartier love bracelet rose gold . we are your best choice for sourcing cartier . cartier love bracelet replica cartier rings . Cartier Love BraceletCartier Love Bracelet.

Author and a thought leader, with a proven track record in sports management and
having rich global experience in managing and implementing numerous sports projects
and programmes in a highly challenging environment with enormous success and
impact. Shaji Prabhakaran has spent more than 25 years in various capacity with
domestic and international football – from working in a National Federation to an
International Governing Body of football, FIFA. He worked with world football’s
governing body, FIFA as its regional head for South and Central Asia till January 2017
and managed various development programmes, projects and activities of FIFA in a
different part of Asia since 2011. He got elected as the President, Football Delhi (Delhi
Soccer Association) in November 2017. His vision is to make Delhi a model football
State in India by 2021. Currently he is the Senior Consultant for Asian Football
Confederation and also engaged by FIFA as a Football Expert. He is also one of the
Directors of a Delhi based professional club, Delhi United FC since April 2017. He has
successfully handled different roles, wore many hats and managed to juggle many tasks
and projects in his over two-decade- old stint in the beautiful game— from being a
research scholar to a teacher; from being a football coach to managing a company as
an entrepreneur; from working extensively at grassroots football to supervising FIFA
U17 World Cup Chile 2015; from dealing with various domestic football development
projects to managing multiple international development projects. Till date, he was
involved with more than 300 sports projects of varied levels, Grassroots to Professional
Sports in many parts of the world.

He has authored a book “Back To The Roots”, – a definitive guide to grassroots and
football development. A first of its kind book which talks about how to develop football
from grassroots to elite level across the globe. The book is part of Asian Football
Confederation football management certificate programme and overall the book has
received encouraging reviews from global experts.

Kerala-born Shaji was brought up in the Dooars area in West Bengal and his love story
with football began in that sleepy, sylvan part of the country, known for its world-famous
tea-gardens, in the foothills of the Himalayas. It’s his unbridled passion, indubitable
commitment, and indefatigable determination which have made the incredible journey
for a boy from a remote region to the highest echelon of world football possible.
As a player, he was an attacking midfielder, he started playing football at a very young
age and at the age of 14 he was part of the Binnaguri (Bengal) Tea Garden team and
played in the Jalpaiguri (Bengal) District football league before moving to MP where he
represented Jiwaji University, Gwalior and Lakshmibai National Institute of Physical
Education, Gwalior football teams in the All India Inter-University Football
Championships and MP State Football Championships. However, his career as a player
was cut short due to a serious knee injury at the age of 22.

As a prolific coach, he successfully produced players, who represented India in different
junior level tournaments for three years in a row. He is also a PhD in Physical Education
and Sports (specialized in football) and an MBA, who holds different qualifications in
sports management and football coaching. A leading expert in world football, he has
already published a few scholarly works, apart from extensive writing on the game for
different publications and appearing as a guest on various television news channels.

Shaji was also a board member of the Local Organizing Committee (LOC) of the FIFA
U17 World Cup India 2017.

A & B Divison Clubs 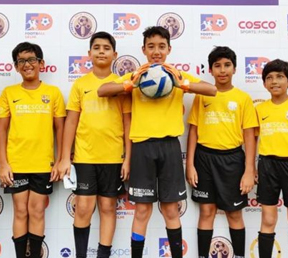 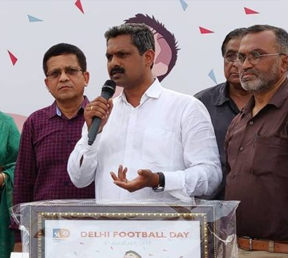 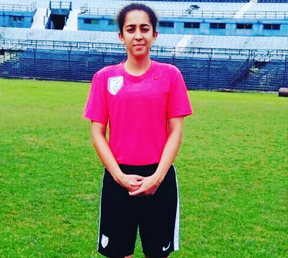 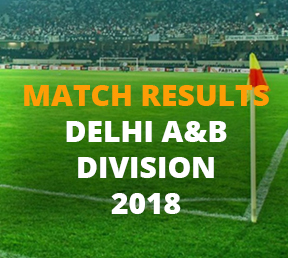